It was another lovely day at HVC! The skies were clear and our wonderful program directors ran some amazing activities in cabin groups. Here’s what everyone got up to:

Loons, Wombles, Avalon and French Quarter went on an A-B-C Scavenger hunt. On a walk around camp, they collected items that begin with each letter of the alphabet. Some cabins drew pictures of each item, others kept a list, and a few even made up a new ABCs song! This hunt was followed by an exciting relay race competition in the backyard, lots of cheering and only a few broken eggs during the egg-on-a-spoon race!

Gimmie Shelter, Paquatahnee, Valhalla and Camelot created their own obstacle courses in the morning, incorporating cups of water to keep everyone cool. Next, they took off on the A-B-C Scavenger Hunt, visiting all corners of camp with their cabins.

Fiddler’s Green, Bermuda Triangle, Shangri-La, Haley’s Comet, Taj Mahal and Forbidden Planet also joined in on the A-B-C hunt. Later in the morning they participated in Trivia!, mc’ed by program directors and trivia-lovers, Ace and Celie. Campers answered questions about pop culture, world geography, HVC facts, and sports. Did you know the average golf ball has 336 dimples? Between each round we played Name that Tune, with candy prizes!

HV Alive!, our advanced arts teen program, spent a chill morning at the lake before beginning work on their end of the session show and playing some Art Trivia of their own.

Later on in the day, Loons, Wombles, Avalon and French Quarter relaxed and watched a movie, while Gimmie Shelter, Paquatahnee, Valhalla and Camelot had a cabin water balloon fight (perfect for a warm afternoon!). The older neighborhood, Fiddler’s Green, Bermuda Triangle, Shangri-La, Haley’s Comet, Taj Mahal and Forbidden Planet, pampered themselves with facial masks and nail polish before spending some time hanging out in the backyard.

What a wonderful day of activity! We’re all excited for classes tomorrow!

Over and out, Sadie 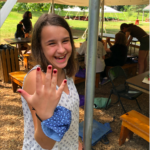 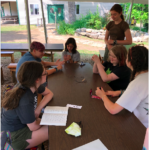 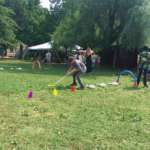 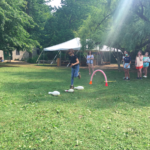 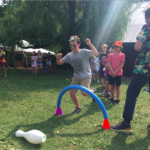 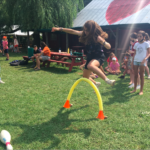 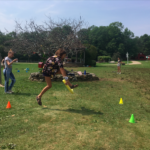 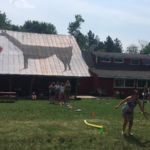 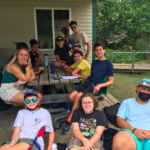 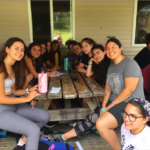 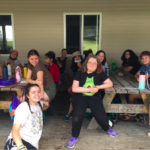 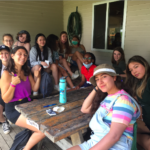 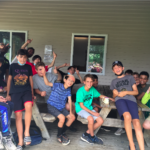 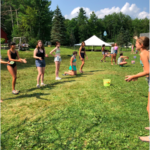 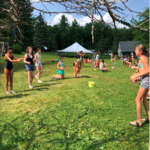 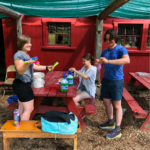 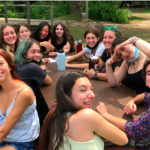