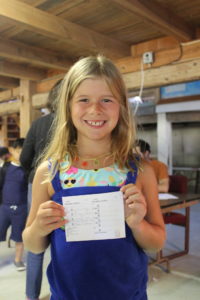 Hey everybody! I’m Luna Bug, and this is another late night news update after a fantastically full Orientation Day.

The day got started with a glorious Bagel Sunday. Everybody chose their bagel of choice (plain, poppy, sesame, onion, or cinnamon raisin), the spread of their choice (butter, cream cheese, lox cream cheese, or chive cream cheese), and whether or not they wanted an egg or fruit with it.

With the first Bagel Sunday of the session completed, everybody headed to the backyard to hear Meg and Tom play their usual Sunday morning Dulcimer improv before starting morning meeting. During meeting we went through all the usual songs and announcements, stopping every now and then to explain to the new campers why the heck we do some of the things we do! They’re quick learners.

After meeting ended we all went onwards with our days! Cabins headed off to class sign ups, learned about the rules at the lake and the pool, took the swim evaluation, chatted with the nurses at the Health Lodge (Ouch!), and got their photos taken. Games of Ninjas and Mafia were played throughout the day, and cabins were seen all throughout camp touring the various parts. In addition, each cabin group had a special activity planned to get themselves well aquatinted:

Down Under made memory jars

LCH played chess and took a walk to the treehouse

Loons went for a creek walk and also ended up at the treehouse!

Paquatahnee made decorations for their cabin

Avalon did an egg drop

French 1/4 made bracelets with clay beads

Chateau Fiasco had a relaxing hang out session

Shangri-La played “get to know you” games

Treasure Island also played “get to know you” games

Atlantis did some Coke and Mentos science

Wabanaki played “get to know you” games

Camelot also played “get to know you” games

Halley’s Comet played “get to know you” games

Taj Mahal did “make a dates” under the dome

Our teen programs did some awesome activities as well. HVA climbed the ropes course while Alive started making their alter egos out of paper mache.

After a well deserved lunch, everybody went back to their cabins for a quick rest period. After rest period there were cabin meetings in which things like shower schedules community rules were talked about. After lunch it was onwards with all the various activities and things that had to be done today!

Tonight, the evening program was Opening Pinegrove. After a dinner of spaghetti with red sauce, garlic bread, and Caesar salad, the camp gathered at the base of tipi hill. We were led up the hill by Courtney F. and a row of counselors with linked arms, and into the pine grove where the whole camp circled around the fire lit by the torch that Courtney brought up. Many cabins performed and presented songs and stories, making the night a really lovely way to introduce different cabin groups and to create unity within the whole camp. Shangri-La had us laughing with a skit about an invisible bus to HVC, Atlantis performed a strange dance accompanied by a drum, and there were lots of camp classics; Princess Pat, Baby Shark, Bazooka Bubble Gum, and Hermie the Worm, just to name a few.

After that, it was back down the hill to our cabins for bedtime! Tomorrow is the first day of classes, and with that we need a good nights sleep! Cara B. and I are aaall tuckered out, so we’ll see you tomorrow for another great report!

Check below for tons of photos from throughout the day! 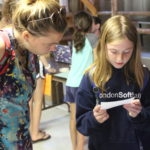 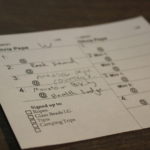 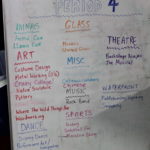 So many awesome classes to choose from! 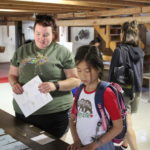 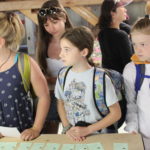 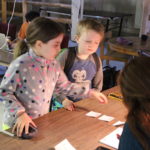 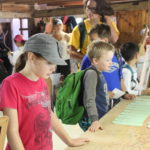 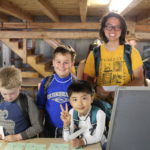 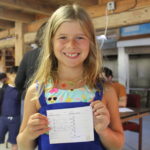 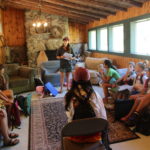 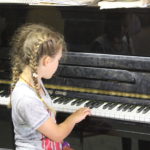 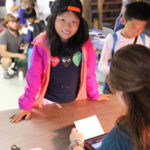 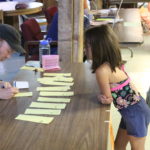 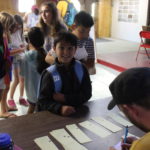 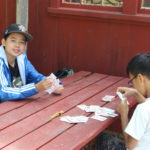 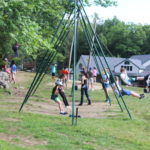 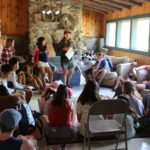 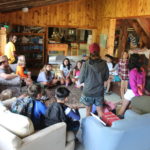