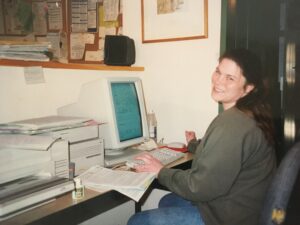 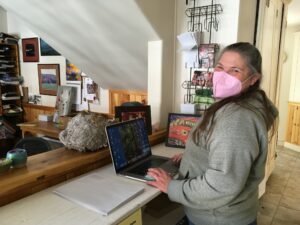 Lucia then and now

Once upon a time, long before Instagram or even cordless phones (September 1989 to be exact) Lucia, lovingly known by former coworkers as Agent Picardo, showed up for her very first day at Hidden Valley.

If you’ve been to camp, chances are you’ve set foot in the office, which for years was a converted cottage. It’s since been rebuilt, complete with a new porch. But when Lucia arrived on that September morning long long ago, her desk was not actually in the office at all–but across the street in the farmhouse bedroom.

You see, before the original office building was insulated, Peter, Meg, Lucia and the rest of the year round crew worked out of the old farmhouse, talking with families on rotary dial phones (see one below if you’re too young to know what these are!)

Recently, we sat down with Lucia to learn more about what camp was like in the “olden days!” Here’s what she remembers of the past thirty-two years… 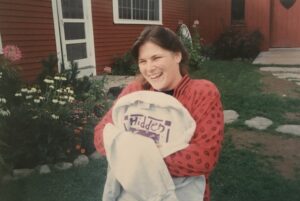 Nowadays, Lucia can get in touch with camp parents instantly via our new fiber internet and makes calls on a phone with a touchpad. But through the changes, she says camp is still the weird, wonderful place it’s always been, a place where technology doesn’t really matter outside of the office walls.

Thanks for reading this special edition of the HVC blog! We’ll be back soon with more exciting news as spring arrives in the Valley and we get ready for you all to join us!

P.S. Check out more pics of HVC back in the day below! 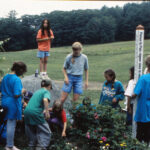 Meg in the garden! 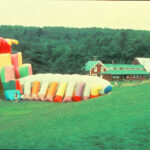 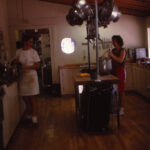 Lillian in the “old dining hall,” which is now the camper kitchen! 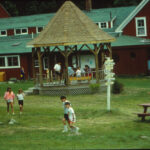 The backyard back in the day. 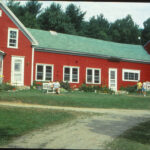