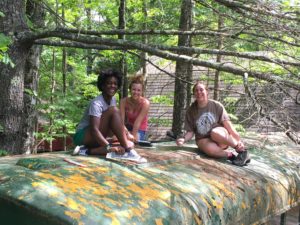 The crew working on the roof of the camp store

Luna Bug here, excited to share all that’s been going on here at camp…and it’s sure been a lot.

Last night a bunch more staff arrived who are part of the video, lifeguard, or ropes staff, from places as close as Maine to as far away as Ireland. After dinner, everyone settled into the red barn where we all hung out, playing fusbol, pingpong, and card games like Kent and Spoons. Peter Kassen challenged Nicole to a game of air hockey, and the two dueled it out over the rink. After a close game, Peter won 10-8. The two shook hands after, with Nicole vowing for a rematch. Jacob, Sara, and Peter I. busted out their guitars and we had a major sing along in front of the fireplace. After that we all went to bed because we had a biiiiig day ahead of us.

The beautiful blue day and nice cool breeze seemed like nature’s perfect gift to our PD Mel and horse staff Olivia’s BIRTHDAYS! Olivia donned the traditional birthday cake cap, and Mel rocked the slightly less traditional but equally awesome pink-wig-fireman-birthday hat! Auntie Kristie and Flanders oversaw the birthday festivities (see photos below), and we vons-vons-a-ladened our way into the rest of the day!

Oh, by the way, it was the inaugural egg bar of the summer this morning, with Chris and Lillian putting those egg cracking and frying skills to work. Birthday gal Mel reports that it was eeegg-cellent (badum-chhhhhh!!)

After that everyone was off to their respective area trainings for a total of two big sessions today! The ropes staff worked with Sully, getting to know each other and doing ropes games and getting familiar with the course. The lifeguards continued at the pool and even went to the lake! The horse staff has been  working super hard at getting the horses in routine and ready for campers.

Some other staff have been working hard to get camp back to the beauty we know it as after the long winter. Jacob was painting tables, Tanya and Aya are planting trees in our new Founder’s Park, and Melissa, Emma, and Sandia spruced up the camp store (check out an awesome photo of them on the roof of the bus).

At the Bee Hive, Ian has been working on some glass blowing, taking off the window covers and finally letting that summer air in! At the Buckhorn, Elise has totally revamped the tie-dye set up, preparing for many, many cabin nights and classes full of tie-dye. Olive and I have been talking about our favorite things to tie-dye and for me it’s definitely white cloth shorts and for Olive it’s socks.

So long for now and talk soon! 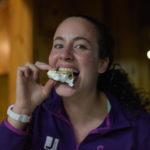 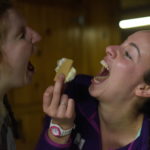 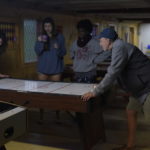 PK and Nicole in an intense game of air hockey 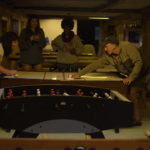 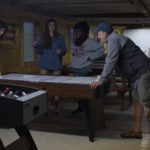 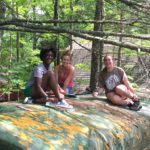 The crew working on the roof of the camp store 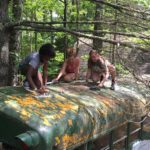 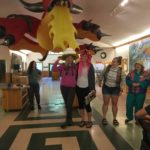 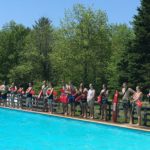 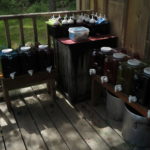 Our beautiful new tie dye area at the Buckhorn! 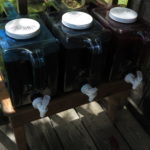 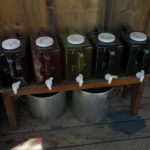 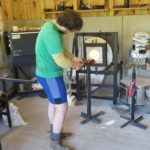 Ian taking a spin in the glass blowing studio 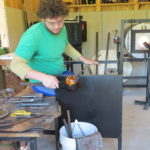 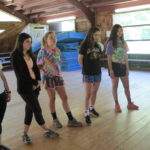 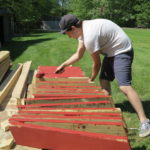