Luckily, Thanksgiving is coming up, and though most of us won’t be eating Pop Tarts and ice cream sundaes, I’m looking forward to the feast of lettuce and grass that my gopher family is going to share.

It also has me thinking about how lucky and thankful I am to call HVC home and to get to hang around so many animals, campers, staff, and who share a love for such a magical community.

In fact, I found myself exploring the history of the camp the other day.

This beautiful area of mid-coast Maine was actually first inhabited about 12,000 years ago by Native Americans, including the Penobscot and Wawenok tribes. These tribes created semi-permanent settlements and lived off of abundant wildlife, including one significant hunting ground and trading route only a couple miles down the road that runs through Hidden Valley Camp.

Hidden Valley Camp was first established thousands of years later in 1948, and started as a work and farm camp for 12 teenaged campers. This group of campers and directors, Hal and Dean Tiffany, converted the Red Barn from a dairy barn to a living and eating space.

Today, this Red Barn hosts games of ping pong, a library, a variety of board games, and lot of memories.

It goes without saying that the history of HVC is much more complex than these fun facts. A more detailed history can be found on the Hidden Valley website here.

Gotta gopher a quick run to the store. I just checked the clock and realized it’s almost Bagel Sunday. I’m out of butter! 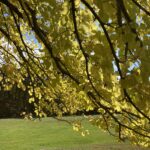 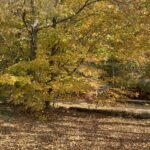 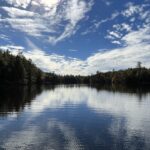 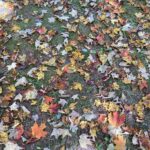 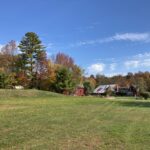 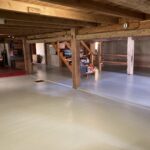 Inside the Red Barn in the off-season 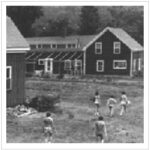 The early days of camp, directed by Hal and Dean Tiffany