Helloooooooo campers, counselors, folks-at-home, and llamas!! Hummingbird here with some HVC TRIVIA!! Whether you’ve been at camp for 99 years or you’re just finding us here in the Valley, take a look below and see what you know about camp!! For each question answered correctly, give yourself a point… or a piece of that Halloween candy you’ve been eyeing all day 😉 Some questions have BONUS trivia– give yourself an extra point/ Snickers for each of those! Comment how many you got right, or which ones stumped you!!

Psssst: if you need a hint, take a poke around our website, https://hiddenvalleycamp.com/

TRIVIA QUESTION #1: How many years have Peter and Meg been running HVC?

TRIVIA QUESTION #2: Approximately how many acres is Hidden Valley? What is the name of the town camp is in? (Hint: it’s not Freedom!) BONUS: why do we make our letters out to Freedom, Maine?

TRIVIA QUESTION #3: Shangri-La, a cabin in the ‘Burbs region of camp, used to have a different name… what was Shangri-La called before? BONUS: What is the name of the cabin in the Backyard that used to be called Shangri-La? 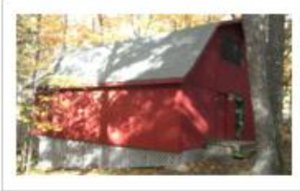 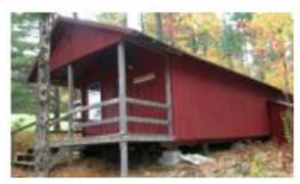 TRIVIA QUESTION #4: The Farm House, where Peter and Meg live in the summer, hasn’t always been located right across from the office… Which of these spots around camp used to be the location of the Farm House? 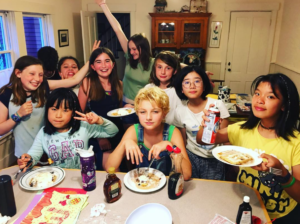 Check out this cabin making WAFFLES in the Farm House!!

TRIVIA QUESTION #5: Which actor spent a summer at HVC? BONUS: What cabin did he stay in?? 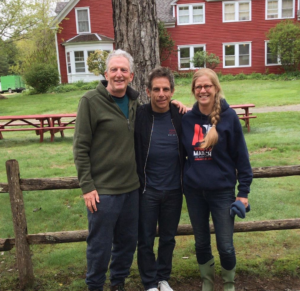 Aaaaaaalrighty folks! Make sure you’ve got all your guesses, and take a look at the answers below!

#2: HVC is situated on ~350 acres of land in Montville, Maine! BONUS: Montville is a teeny tiny town without a post office, so sometimes we address our letters to Freedom, Maine, which is the nearest post office! But technically camp is in Montville.

#3: Current-day ‘Burbs cabin Shangri-La used to be called Utopia! BONUS: Back then, the Backyard cabin that is currently called Gimme Shelter was called Shangri-La!

#5: Ben Stiller spent a summer in the Valley when he was a kid! BONUS: He stayed in a cabin called The Morgue (named for its bunkbeds that were stacked 3-high, instead of the regular 2-high). The Morgue is no longer a cabin, it’s been converted into one of several gender neutral restrooms on camp!

Did anything surprise you?? Did you eat all your candy?? Either way, I hope you learned something about Hidden Valley!