Top of the afternoon to you, friends! Carolina the duckling here, reporting for blogging duty. Last night was one of my favorite evening programs yet: grab-bag skits! I had no idea what this meant when I heard it announced, but Jack the donkey filled me in. Check this out: each cabin received a bag of props and costumes that they had to use to create a skit together, which they performed for other cabins. The skits were hilarious! I’m hoping the animals can do one as well next time. The program directors snapped a few photos that they wanted me to share with you.

Today was also the second day of classes, and Elise’s first-period advanced photo class went on a special excursion to Belfast to take photos down by the harbor. What a treat for them!

Tonight is Cabin Night, so I’ll have lots to report tomorrow. Looking forward! 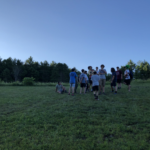 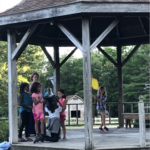 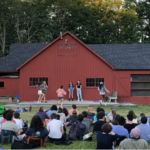 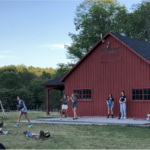 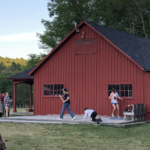 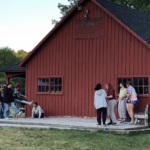 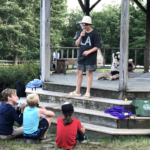 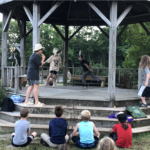 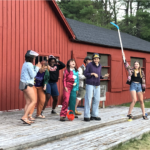 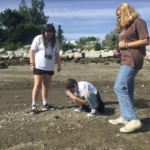 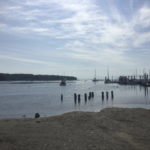 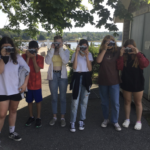 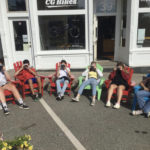