« Go back to previous page
Greetings HVC families!
I peaked my head out of the ground today to find that winter is finally over, and summer has officially arrived.
The camp season is almost here! In just the past week, staff have begun to wander into camp and prepare for camper arrival. Counselors are from all over the U.S. and even the world!
Meg and Peter, program directors, shift leads, and returning counselors have been heading the training of new staff in all areas.
Lifeguards got in the pool to begin their training, busy swimming laps, and learning all about water safety. 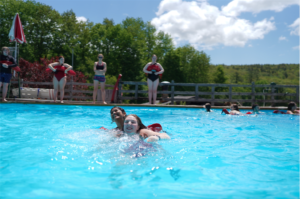 Horse staff began learning how we teach riding to campers at HVC. 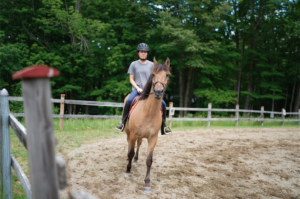 Video staff began training as well. With my super swag new haircut, it won’t be long until they decide to cast me as a lead in their next project. Inspired by our llama Otis, I kept it longer than usual. What do you guys think? 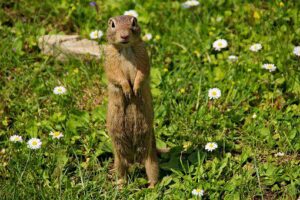 Ropes staff started with High Five training. They’ve started climbing and learning how to belay each other through the high ropes course. 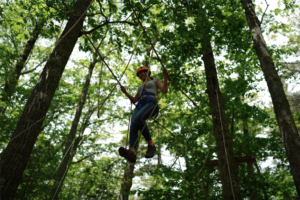 Our other camp staff, officially dubbed the “Trailblazers”, began fuzzy time training, where they worked on new games and activities to introduce to the campers upon their arrival.
Last night, after a long day of training, staff had Trivia Night where they learned all about the history of HVC, how many dimples are in a golf ball, and which actor voiced Mufasa in the Lion King. Maybe some of our campers can bring new trivia facts to share when they get here.
Afterwards, some of our staff attempted to break the world record for the largest game of UNO in the red barn. Unfortunately, they were off by about 315 people. Perhaps the campers can help them get closer!
Tonight, the staff is looking forward to getting to know each other at Big Circle night.
One final note. It appears I have some new competition for cutest animal on the HVC campus. Though I know I’m rather charming, the 15 new baby chicks seem to be giving me a run for my money.
Go-pher a walk to get your suitcase, because it won’t be long until Orientation Day.
XOXO,
Gopher Girl 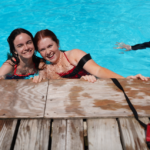 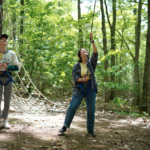 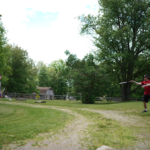 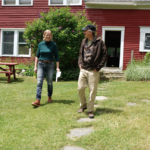 Peter and Meg, the owners! 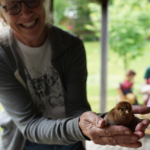 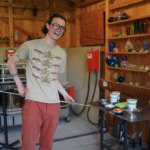 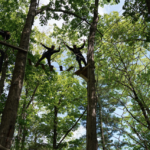 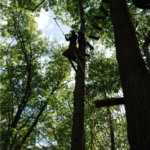 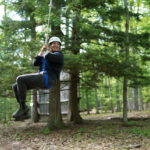 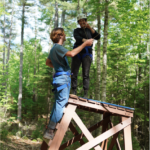 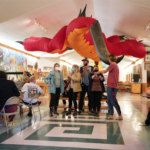 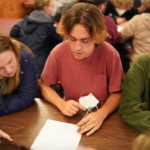 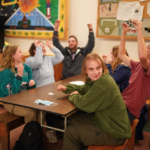 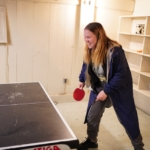