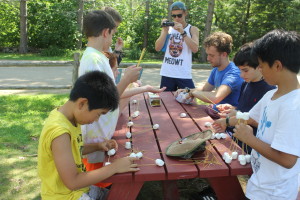 Good Afternoon Kittens! Cat-Nap here giving you the inside scoop on the last Lazy Day of 2015! Hard to believe the session is almost over!

Today, Older Half stayed on camp for “Ancient Civilization” Day, while the Younger Half went to the Roller Rink!

During “Ancient Civilization” Day, campers got the chance to create sculptures out of spaghetti and marshmallows, play a little discus (throwing frisbees), play some tennis, or even chill on the Nile (AKA signing white books, making friendship bracelets, playing cards)! And what a beautiful day on camp it was!

While the Older Half was hanging out on camp, the Younger Half was having a blast at the Roller Rink! They skated around to some of their favorite songs and took a quick break to get a snack!

Once the Younger Half got back to camp and had their lunch, it was time for Rest Period! Campers began to get their cabins ready for the Inspectors and also begin a little packing (“No! Don’t talk about packing!! I want to stay here forever!!!” – Humming Bird). After a long and hot morning it was time for Pool Activities!

Right now, all of Camp is gathered at the Pool, relaxing, and taking a dip in the refreshing Pool!

Check in later for some more pictures of today’s Lazy Day AND an update from tonight’s Evening Program: The ALIVE Show!!!!!!!!! 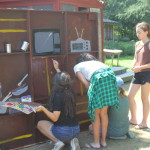 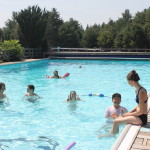 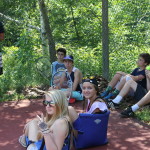 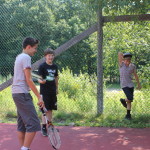 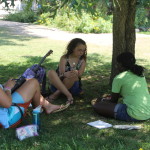 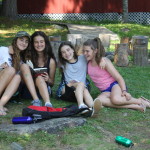 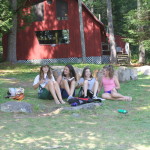 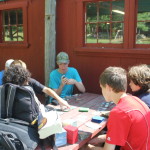 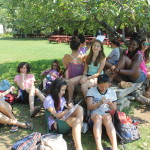 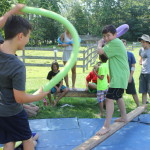 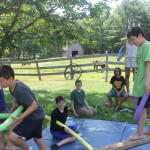 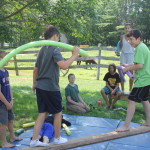 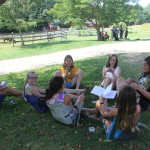 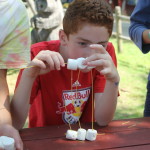 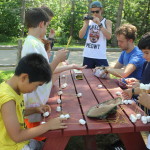 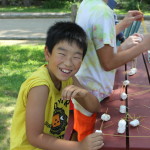