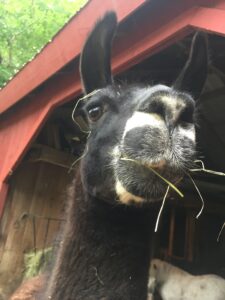 Hello, who’s there? It’s me, Mag-O-Llama, and I’m talking about something hot off the press!!

Yesterday, we received breaking news that Otis is running for Potus 2020!! If you have not yet seen the announcement video, click the link here! Although he has not yet released a lot of details regarding his campaign, as a Llama here at HVC, I have many questions for Otis!!

What platform do you think Otis will run under? Will he be running as an anarchism platform? Maybe he will run as a libertarian or a socialist? Or will he run as a conservative republican? Whatever political party he chooses to run under, I still wonder what his main political points will be, and if he will have an opponent!

I’ve been asking around the animal barn and the Llama pen, and many of the animals here on camp have some opinions about what they would like to see in a candidate for the 2020 election. Most of the Llamas agree that they would like to stop paying tax on the hay, but according to the chickens, they don’t care all that much, because they don’t have to buy hay on a weekly basis and chicken food is not taxed.

However, Something that all of the animals can agree on is that they want more grass space for afternoon gazing. All of the animals have signed a petition that would move the grazing space to occupy all of Tipi hill and expand into the backyard. I think that if Otis backs up this petition, he might have a chance of seeing good polling numbers come August.

Furthermore, the mini horses would like free access to the lake once a week. They believe that there water source is not as plentiful as it could be, and would like to see change quickly. Jack, the donkey, would like to see free healthcare, as he wants to get contacts and braces, thus having more medical expenses than the other animals.

It seems like Otis will be up for the fight of his life, as all eyes will be watching him this summer to see what stances he will take regarding the issues above. Stay tuned for further election updates throughout the summer! 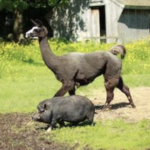 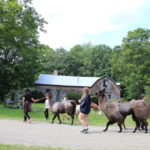 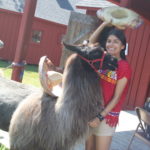