Yesterday was a resounding success of a lazy day on camp.

Campers had a great time watching the Chewonki animal presentations and learned all about a variety of animals including turtles and lobsters. Mainely, I’m only upset about the fact that they did not spend time on the most interesting species of them all: the gopher.

Later in the evening, Bryson Lang’s juggling and comedy was a hit. Not only did he juggle standing on the ground, but he also juggled priorities, whereby he focused on juggling, but also on not falling off of a balance board.

I, too, juggle priorities. In fact, today I have a plethora of responsibilities, including playing fetch with Nellie, the dog, figuring out when Junk Food Day is by breaking into the kitchen to sneak a peak at Mike’s calendar, and showing up on time to my yodeling lesson.

Today, campers head to back to lessons of their own, for their fifth day of classes.

They will end their evening with their second Cabin Night. I’m excited to see what they all end up doing!

I will be ending my own night with a cabin wedding for my cousin Sal. My marriage officiation certification class is being put to good use, much like the knowledge campers obtain from their own classes at camp! 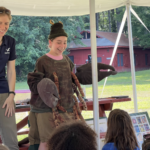 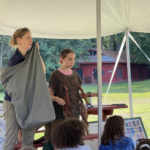 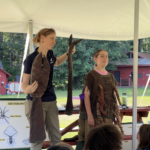 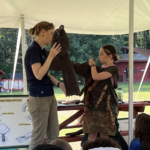 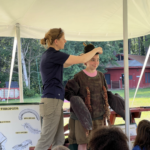 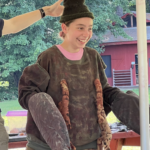 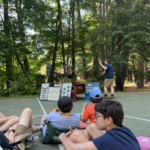 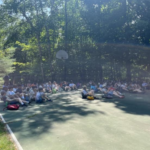 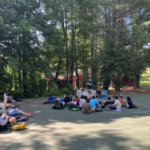 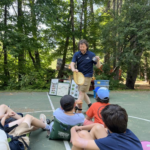 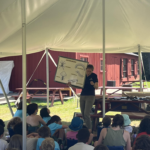 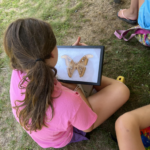 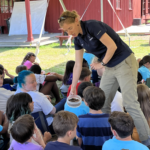 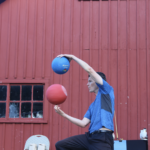 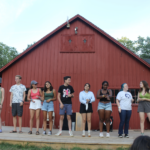 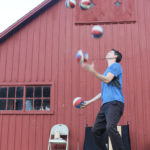 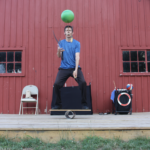 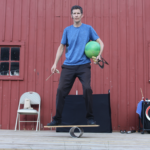 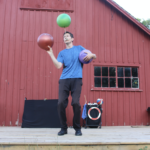 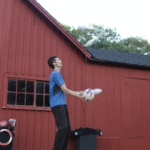 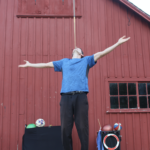 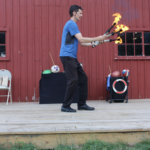