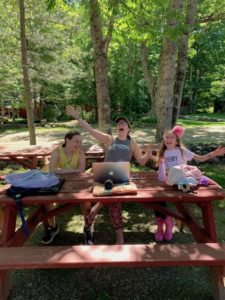 Singing class has been serenading us this morning!

Good Morning HVC!! It’s Mag-o-llama here with Humminbird! We started off the morning with the delicious egg-bar and boy was it great!!! After breakfast, we had our morning meeting where A BRAND NEW SNACK KING WAS CROWNED!!! We also announced our first round of INTEREST GROUPS!!! After all the classes they signed up for are over, campers have the option to make friendship bracelets, play Magic The Gathering, participate in a rock-paper-scissors tournament, and so much more!!! But first, classes…

Campers are starting the VERY FIRST DAY OF CLASSES TODAY!!! (WOOHOOO!!) 🙂 Campers can take a range of classes, from old staples like llama care and glass beads, to new options like Weasley’s Wizzard Woolies (knitting while listening to Harry Potter!!) and art for change! We’ll do some class spotlights later in the session, but for now take a look at some pictures below of the first period of the first day of the first two weeks of the first session of classes! And check back tomorrow, because cabins will be having their first cabin night this evening after dinner!!!! We’ll give you all the most important updates! Stay tuned for pictures to come!!!

Hummingbird and I are off to eat some ice cream sandwiches from last night’s dinner!!
Mag-o-llama 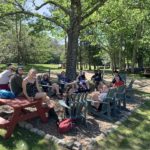 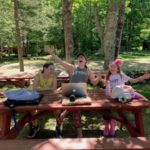 Singing class has been serenading us this morning! 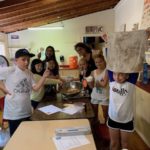 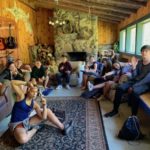 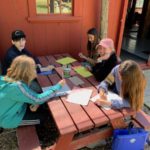 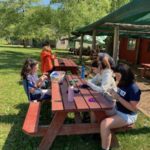 This is a fun new class! Weasley’s wizard woolies…. knitting while listening to Harry Potter!! 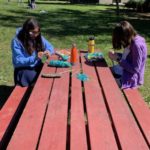 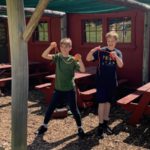 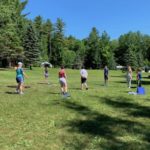